Do you know a site called ZOZOTOWN or a company called Start Today that runs the site?

ZOZOTOWN is Japan’s largest fashion mail-order site where many popular brands gather, and it has enormous popularity from fashionable people and young generation.

Start Today’s market capitalization exceeds 1 trillion yen, which is slightly higher than the goods plan managing MUJI, and more than twice the largest department store, Mitsukoshi Isetan HD. (As of May 9, 2018)

This time, I picked up this company for the following three reasons.

Normally EC is prone to price competition and profitability tends to be low.

This is because the company’s main business is consignment sales, sales are not sales value of apparel products, but from commission from shops.

The consignment sales commission rate is said to be around 28%, which is higher than department store with real store, and inventory risk is also not included because ownership of inventory is in shop.

Although the apparel brand may have its own EC site, since only brand products are sold, users wanting to buy products of various brands will buy with ZOZOTOWN. 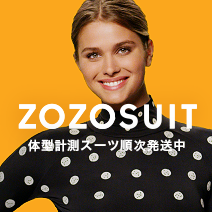 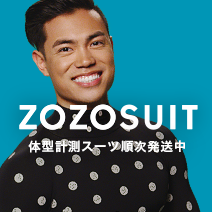 This is a suit for accurately measuring the shape of the user, allowing users to order at their exact size and ZOZO gains the strongest tool for selling their own brand products It will be.

When he caused an accident while driving Pagani Sonda, the other car was Maybach, so it became a hot topic to have caused accidents between super luxury cars.

He is also famous as a collector of arts and paintings and it became a hot topic that he bought a painting of Bathkia’s for 12.3 billion yen at an auction. (Before that, he also paid 6.24 billion yen at auction for an art work of Buskia.) There are not so many Japanese executives of listed companies that spend money in this way. 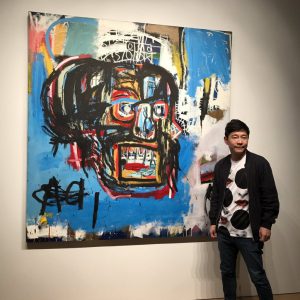 Working hours in Japan are generally from 9 to 5 o’clock, but ZOZOTOWN is 6 hours from 9 to 3 o’clock. Mr. Maesawa set a goal that “employees should give the best performance in the shortest time and use the remaining hours for fun.” Also, hiring highly qualified engineer at a maximum annual income of 100 million yen became a hot topic.

Since the company announced that it will strengthen overseas expansion by IR, the name of the company may be recognized in your country from now on.

For Japanese learners who are interested in presentations, IR, economic terms, etc., I think that it will be a good learning to see IR movies.