How many chat topics do you have?

How many chat topics do you have?

“Chat” is an easy talk without deciding the theme. As well as talking with family and friends, chatting is essential in dates and business. 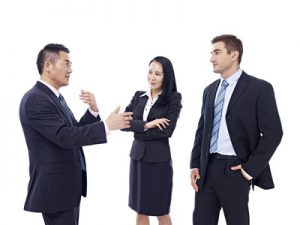 When I ask the Japanese businessmen around me, they say that the chat is very important.

One of them insists that “If you do various interesting talks and impress the other person with your charm, business negotiations will proceed. If you talk about the product from the beginning, no one will succeed.”

I agree that it is more necessary to sell yourself than goods.

People who don’t run out of things to talk about are called “people with many drawers.”

Let’s hold a number of drawers in your head.

Here are four examples of chatting.

Japanese love to talk about the weather. It is likely to start from this topic in many cases. You do not have to talk from yourself. Please try to enrich the story of the weather that the other person speaks. Please keep in mind that you always return it positive way.

B-san: “Yes, it is said that it is the coldest winter this winter, but the cold weather makes hot sake delicious, so why do not we go drinking together next time?

From now on, let’s check the Japanese news. Besides big news, an interesting news such as “baby panda in Ueno” are also useful. If the other person likes animals or cute things, you may be able to mix those topics in the middle of the story. Also, Ueno is famous as a sightseeing spot, so you can use it when that story comes up. Television, internet and radio are useful, and referring advertisements in the train is also helpful to know outline of news. If you have news you care about, look it up on the spot with a smartphone.

How well do you know about your country? Let’s check not only cultures and customs, but also current trends in your country. By knowing how it is different from Japan, you may be interested in the other party. You may also find the same place as Japan. A special products of your city is a good topic to talk about.

Have you tried hard on something? Not only your major field of study, but also part time job or your boom at that time can be a good topic for chat. It would be better to summarize some of the hardships into episodes rather than having fun. Japanese people are interested in how you have studied Japanese. Let’s recall, for example, what was difficult and what kind of words you liked.

Some people think that, “Even if I have stories, I cannot speak well!” However, listening to chats properly is one of the most important things. Especially for the people from Chinese background, I recommend that it is better to nod more than you normally do when listening the conversation.

Having a personal motto

Do you have a personl “motto”?

Having a personal motto is an easy and cool way to express yourself. Japanese people often say a personal motto when introducing themselves in public. So what kind of personal motto are famous among Japanese? Many people take from four-character idioms, proverbs, words of celebrities and literature of old age, but anything can be used as long as you reprove yourself or to rule them.

Well then let me introduce the popular motto among Japanese.

The meaning is to think once in a lifetime, to cherish the opportunity to meet people.For those who want to cherish their relationship carefully, they are likely to be the perfect motto. 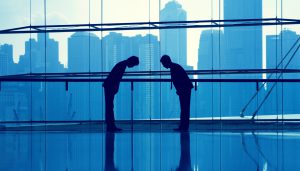 2, “Persistence pays off.”, “Constant dripping wears away a stone.”

It is a very famous proverb. It is hard to continue each and every thing, but if you continue, you will surely be able to gain trust and be powerful. If you have done something hard, such as practicing sports or instrument playing, I hope you can talk about that episode.

The father of Indian independence, Gandhi’s words. Even though you graduate from school and start work, studying continues on a daily basis. It is a perfect word for people with ambition. It might be good to put your words in great words of your country. 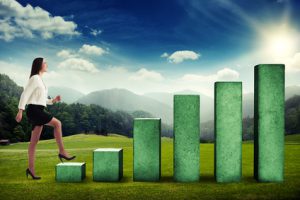 4, “Fortune is unpredictable and changeable.”

It is from the old story of China. It means that what you think is happy is unfortunate and what you think is unhappy can make you happy. Whatever happens, you better not be quickly deciding and you should be cautious.

How was it? If you do not have a personal motto yet, you may ask your friends, colleagues, seniors about their favorite motto. If you try living while thinking about what is good for you, you may find good words.

What are the New Three Grand Cuisines?

Do you know that the Three Grand Cuisines are French, Chinese, Turkish? 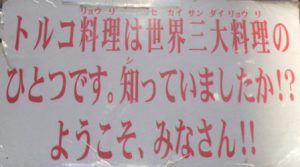 There are various theories why these were chosen and main reasons are as follows.

(1) The royal cuisines of these countries were developing.

(2) The land of these countries is wide and has abundant ingredients.

(3) These countries were thriving in trade, making it easy to get food from other countries.

(4) These countries are the center of culture In each region and have great influence on other countries.

(5) Interest in meals is high

I understood well about these reasons. However, there is obvious discomfort in me. Yes, that is caused by Turkish food.

Turkish food is certainly delicious. The other day a Norwegian friend taught me a delicious Turkish restaurant and so I went there. It was very delicious. However, the question remains as to whether Turkish cuisine is among the top three in the world. (← Sorry! Turkish people m (__) m)

So, I would like to ask all of you, what food do you choose for the New World’s three great dishes?

Unlike in the past, it is not necessary to think about the above five factors now and even ordinary people like me can eat delicious dishes and can get food materials from all over the world easily.

When I asked my friends, There was a person who pinpointed “It’s Northeast Chinese food!”

A friend who like curry has chosen India. A friend who likes beer chose German cuisine. It was because there are many dishes that match beer. Some people answered “curry, ramen, hamburgers!” He did not choose countries, lol The reason he answered so was “Food is not belonging to a specific country now.” Certainly, Indian curry and Japanese curry are different things, so I think it make sense. Even in Chinese food, Cantonese cuisine and Szechuan cuisine have different taste.

Then, it becomes difficult to define ” New Three Grand Cuisines ?so I changed the question to ‘Please list the three countries where the food is delicious’.

Below are the countries my friends chose.

What do you think??

The world’s three largest ___ can be good conversational topics, so please remember (^ ^) / 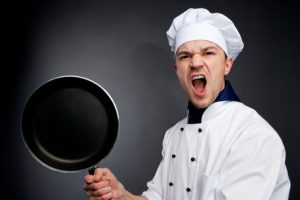 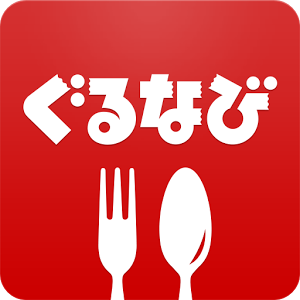 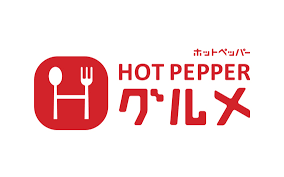 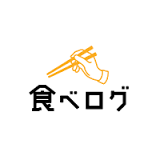 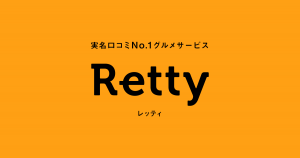 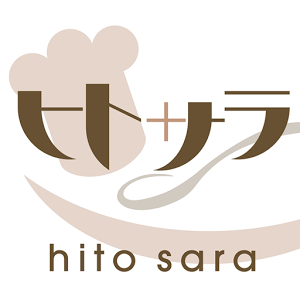