How 18 Japanese companies got their quirky names?

Since I gathered most of the information from the Internet, there are some information that I do not know whether it is true or not.

But, especially for those with dealings with companies on this list, I think that it will be a good story. 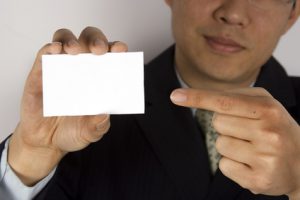 It is combined the Latin “SONUS” which became the origin of English “SONIC” meaning sound, and English “SONNY” meaning boy.

“Cannon” was the first camera prototype machine with the thought of creating the best camera in the world with the help of Kannon（Avalokiteshvara）.

It became English “Canon” because the pronunciation is similar and meaning of “standard”, “normality” are appropriate.

Founder’s surname “Ishibashi” in English, “Stone Bridge”, turning it over to “Bridge Stone”.

“D” and “E” of “DENIM” are reversed, turning “NIM” 180 degrees to convert it to “WIN” and convert it to richness of idea and to EDWIN.

It is enthusiastic to want to do free thought utilizing denim.

As another theory, there are many Japanese jeans makers in Okayama prefecture, there is also the theory that the company that is the Tokyo headquarters to compete with it, “Edo wins” = “Edo + WIN” originated.

From “glycogen” discovered from oyster broth.

“Mountain, the sea, the sun” mean “with noble and dignified like a mountain”, “with a deep wide mind like the sea” and “with a passion that does not burn out like the sun”.

Originally it was a company started from the translation industry and still uses its company name.

It is from the initials of the “National Regional Women’s Organization Liaison Council (Municipal Welfare Council.

From the philosophy that AUTOBACS SEVEN’s official name SEVEN always keeps searching for the seventh product for customers.

It is a coined word that abbreviates the word “Security Communication”.

It puts the wave round and puts in the meaning that it wishes for safe fishing. It is a source full of kindness that prayed for fisherman’s safety.

Hot feelings such as “Make a whirlwind in Japanese animation world!” are put in it.

I was most surprised at the origin of DHC.